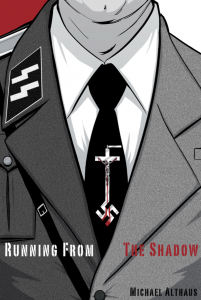 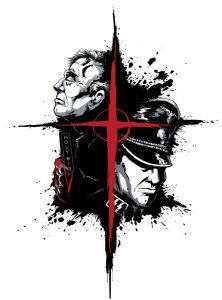 Running From The Shadow

January 1945…The war in Germany is lost. Concentration camps are being liberated and the crimes committed in the death camps are being revealed. Those that have inflicted these atrocities on the innocent have begun to flee like rats jumping off a sinking ship, hoping to escape justice.

This is the story of two men: the first is Colonial Derrick VonGruber, kommandant of the slave camp Monowitz, whose belief in the idealism of the Third Reich and in his righteousness fueled his hatred for anyone who opposed him, especially the Jews. With the threat of capture hanging over him, VonGrubers decision to vanish was an easy one. A plan was already in place that; with any luck, would keep him hidden in plain sight, making it possible to escape the horrific shadow of who he was and the consequences he’d face if caught.

The other is a teen-age boy named Saul, a Jew who survived VonGrubers tyrannical rule while imprisoned in that hellish place of torment, surrounded by death every day and enduring the cruelty inflicted on him and his family. After the gates were opened, the joy of being free once again was short lived when he found himself trying to run from the nightmare of what he had encountered; the pain he desperately wanted to forget, and the revenge that engulfed him. He had been taken captive once again, this time by his emotions and could see no way out but through a self-destructive lifestyle that could eventually lead to his death if not interceded for.

But God had a different plan for their lives, one that required a special messenger sent by Him to show them the way out of the darkness and into His Light. This emissary would help guide them to the Light through a series of trials and tribulations, meant for them to find the strength and courage to face their God and ask forgiveness, and then to confront their past. But in order to settle things there, there was one more encounter that; unknown to Saul and VonGruber, was being arranged in order to complete God’s plan for them both, and that was with each other. Only then, could they stop running from their shadows of the past and be at peace with God and themselves!